So how's everyone feeling?

I woke up one day in 2011 and people were just evil. Felt like I woke up from a coma. All these kids kept yellin “stay woke” on social media. But most of em are still sleeping. You ever seen invasion of the body snatchers!? This is definitely LOVECRAFTIAN. We defend the most vile shit for the sake of being woke and we don’t even see it. To tell you the truth, before 2011 I felt myself slipping. I had to question my conscience a time or two. I felt bad because I couldn’t feel bad. I mean you are supposed to feel something about the shit you do or say right ? We can’t always be ambivalent. Then again some of us circa 2020 are two sensitive about the wrong shit. And from the outside looking in, we look like a bunch of assholes

There is a raging debate taking place right now within the movement for Black liberation. It is a debate over how best for us to build Black power. Do we do this by working within the system, or do we destroy the system, and build upon its debris, a new world of Black power and progress.

Working within the system, of course, has severe drawbacks because the energy put into securing a footing for Black people really, at the end of the day, gives more power, both economically and politically, to the White status quo.

However, destroying the system, if it were to happen instantaneously, could be devasting for thousands of Black families and individuals all over the country AND the African diaspora.

So, what is to be said? Perhaps, as we continue to become increasingly politicized, we could apply some gradualism to the breaking up of the system, but -- in the meantime -- it seems that many will continue to work within the system.

I truly need to do some more thinking on this.

Nigeria has been on the throes of a virtual civil for the past few years. This war which has pitched brother against brother is fought thankfully not in a battlefield but on social media. The battlegrounds are Facebook, Nairaland, Twitter, to a lesser extent Instagram and other sundry online forums. This war is basically between the Igbos and Yorubas with the other tribes acting as not so innocent bystanders. These two tribes due to their large, enlightened and educated populations dominate the social media sphere in Nigeria. The Niger Deltans and other southern minorities tend to passively support the Igbos, while the Hausas, who are really the target of the Igbo attack, support the Yorubas explicitly. This war have with words as its weapons, have added to the vocabulary such interesting words and phrases as “Zoo”, “Wailing Wailers”, “Ofe Nmanu”, “Biafraud”, “Dullards”, “Elections have been won and lost” amongst other colourful words and phrases.

The advent of social media and its attendant freedom of speech has given a new generation an avenue to vent their spleen and spew the hate that almost destroyed their parent’s generation. This new bitter phase of the war began with the emergence of the All Peoples Congress (APC). The worst nightmare for an Igbo propagandist is an alliance between the old enemies of Yorubas and Hausas, which is what APC depicts when viewed along Nigeria's ethnic fault lines. The Igbos had adopted the then Nigerian President Goodluck ‘Ebele’ ‘Azikiwe’ Jonathan as one of their own. The fact the Jonathan is from Bayelsa state in the Niger Delta of Ijaw extraction is of little consequence. He is not Yoruba, he is not Hausa/Fulani, he is a Southerner, he is a Christian, his name is Azikiwe, so he is as close to Igbo as you can get without actually being Igbo. The Igbos supported Jonathan and PDP in 2011 and were ready to back him to the hilt in 2015. They viewed any attack on Jonathan as a personal attack on Igbos, the belief was that the Yorubas and Hausa/Fulani are uniting for the sole purpose of kicking out a southern Christian minority. It also didn’t help that a lot of the APC leaders were Muslims. On the Igbo side of social media at the run-up to the election, the APC was often depicted as a Muslim party and even called sponsors of Boko Haram.

The Yoruba protagonists on social media on the hand viewed APC as the best thing since sliced bread. They often made reference to the “cluelessness” of President Goodluck Jonathan, while depicting Buhari as the Messiah in waiting and Bola Tinubu as John the Baptist. A lot of Yorubas felt shortchanged by the Jonathan government and saw the APC as an avenue to get back into the mainstream of Nigerian politics. To do that, they had to demystify and then crush the ruling government and their social media mouthpieces, the Igbos. The Yorubas were the harshest critics of the Jonathan administration on social media and were the propaganda machine behind the APC.

The defeat of the ruling PDP at the 2015 general elections means that there is now a role reversal. The hunter has now become the hunted. Where in the past we had “Jonathan the Clueless” now we have “Buhari the Dullard”. The Igbos on social media have now become the main critics of the Buhari administration for which they have earned the unenviable name of the “Wailing Wailers”, and they in turn call Buhari supporters inmates of the “Zoo”. Only on social media!

Any news on social media can be used as a tool for ethnic points scoring. From the ethnic make-up of the appointments of President Buhari, the long awaited ministerial list, the death of the Ooni of Ife and the “Abobaku” debacle; utterances of Femi Fani-Kayode, the fallout between Super Eagles head coach Sunday Oliseh and his erstwhile captain Vincent Enyeama, even as mundane a topic as the nominees for the Headies awards has the internet ethnic bigots slugging it out.

The emergence of the likes of Nnamdi Kanu, Indigenous People of Biafra (IPOB) and Radio Biafra has taken this war to whole new level. This internet army complete with facebook pages, Twitter handles, a flag, virtual embassies and even a National Football team have become the greatest social media phenomenon in Nigeria. It is arguable that this group is a match to the very effective APC propaganda that won Buhari the presidency on social media. In Nnamdi Kanu, they have an arrowhead who seems to have captured more young Igbo hearts than his earlier incarnation, Ralph Uwazurike of MASSOB. Kanu with his take no prisoners, no holds barred way of speaking, he has captured the hearts and minds of many an Igbo youth who now believe the Igbos are better off as an independent state than in Nigeria. It is very common to see many Ndigbo signing off their comments with Kanu’s catchphrase “Chukwu Okike Abiama”.

This war will only be fought and lost on social media. It gives a lot of people an avenue to exhibit their innate bigotry. It shows us that Nigerians are not really the most tolerant of people and that from generation to generation, the tribal fault lines on which Nigeria is built has not been repaired. It is alarming that a good number of the hate protagonists on Social Media are products of Unity Schools and the National Youth Service Corps. These were schemes that were initiated foster unity by bringing people of different ethnicities and background together at a younger age. This is to ensure that we have unity in our diversity. These are people who work with and socialise with people of different ethnicities in real life but come on social media to score cheap points. Are these people really ethnic bigots? Some definitely are, but the majority are noisemakers who are enjoying a game of “my tribe is better than yours”. For those beating the drums of war, if you want to test your power, there is Boko Haram to be defeated, your country needs willing soldiers.

In other news, the Wiz will be airing December 3rd! Meet me back here to watch it live!

( You are about to view content that may only be appropriate for adults. )

I miss you LJ, we had some good times and shit.
My flash fiction AU story The Nixon Negroes will be free Jan 18 and 19 for MLK day.  It can also be borrowed if you're on Amazon's Kindle Unlimited subscription.

It's a what-if Nixon won in 1960 due to having high black Republican turnout.  The perspective is from a young boy whose parents voted Nixon.  It's cute, I like it.

So something quick and free if you're into speculative fiction by a woman of color.

The Onion wasn't joking at all when they wrote this a couple months ago. And who knew that this piece would be so relevant a year an a half later?

Last night I discovered this Twitter account @YesYoureRacist (kudos to whomever made it but warning to all about language and ignorance galore). Whoever I hear next going on about how this is supposed to be a post-racial America will be directed there before being allowed to continue their thought. 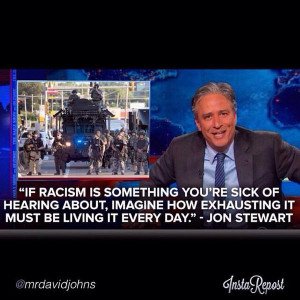